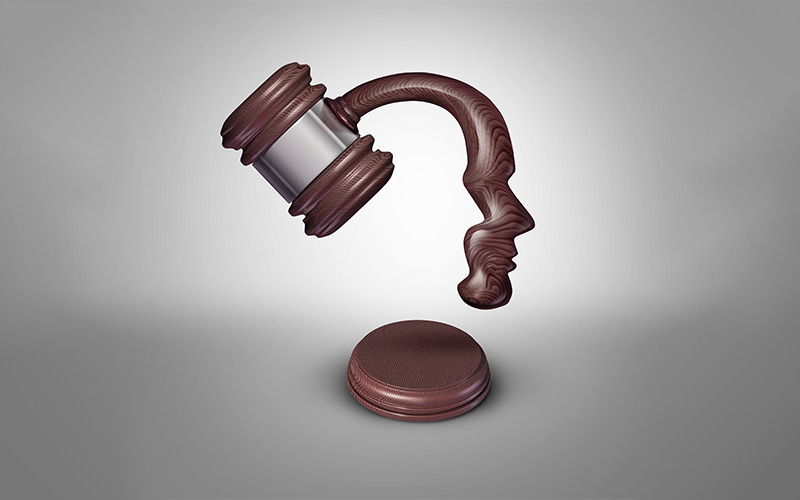 We may have to take a hard look at ourselves  … and that can be scary.

‘Judgement’, as a concept, seems to be particularly coupled with actions taken and words spoken.

It suggests assessing and forming a critical decision based upon whatever evidence we have. There is a presupposition of wisdom and measured decision making based upon the best possible evidence available to us especially in anything regarding action and ‘good’ sense. It implies authority to settle matters and make decrees. There is a sense of certainty with judgement. Judgements are rendered. They are published. They are public. There is always as sense of ‘right’ and ‘wrong’, ‘good’ or ‘bad’. There is an external reference attached to the concept of judgement.

There is still a personal and subjective element to judgement.

And yet there is also the possibility for the decisions we make or the decrees we pass to be affected by guessing and estimating and conclusions which we draw from our personal understanding of the information which we have. While most of us would hold that judgement implies sagacity and objectively made decisions, there is still, however small it might be, a personal and subjective element.

There is a sense of a ‘sentence passed’.

The main thing that we do come to believe in our lives is that judgement is ‘impersonal’. And we hold judgements as immutable. Once made, they cannot be changed. There is a sense of a ‘sentence passed’. We believe that whoever passes judgement on what we do or say or who we are, has the authority to do that. And we believe the judgements which are passed on us without question. In accepting this, we abdicate our personal autonomy.

‘Opinion’, on the other hand, is something which we generally hold as being very different.

For most of us, opinion is coupled with assessment of character and merit and being worthy of esteem or consideration. There is an aspect of judging tied to opinion. Yet, that judgement, we believe, is made without sufficient evidence to produce complete certainty. Opinion is personal and subjective and is not grounded in hard evidence.

Opinion is coloured by our own beliefs, values and attitudes.

Judgements are public. Opinions are private.

We can hold our own opinions and there is no expectation that we must share these with others. When we own our opinions, we own our personal truth. When we share our opinions with others, we may, perhaps, feel a sense of validation from others if they agree with us. Yet, if others don’t agree or don’t share the same opinion, we don’t usually drop what we believe.

The thing that I do know is that if we don’t share our opinions, we can get trapped in our past.

The potential for us to become self-righteous is immense. We can come to believe that we are ‘right’ and the rest of the world is ‘wrong’. And that’s the trap.

It takes courage to share what we believe with others.

When we do that, we have to reveal ourselves to them – all our lumps, and bumps, and dark places; all our hurts and disappointments. And in revealing ourselves, we may have to take a hard look at ourselves and own, in ourselves, what we might not accept in others. And then our world, which we might have believed was built on bedrock, might reveal itself to us as being built on quicksand. And that can be scary.

In sharing ourselves with others, we may feel unsafe and very vulnerable.

It takes courage and trust in our personal truth and in the goodwill of those who want the best for us. And in being willing to be open, clear, direct and true to ourSelves, we will no longer be held captive.

Interesting that owning our truth and sharing ourSelves – feeling vulnerable, can be such a profound portal to our continued evolution as godforces in human form.

Previous Post: « Creating a Professional Resume — thoughts to consider
Next Post: The OSSLT — Making Liars of Us All »