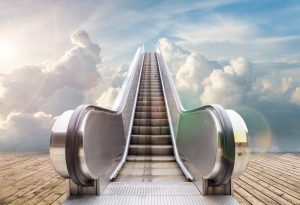 At a recent BSI session with Sheila Winter Wallace [http://bodygateways.com], we talked about the idea of JAIL. In my mind, I went to the actual buildings where people are incarcerated and are either awaiting trial or serving out the sentence imposed on them by the judicial system.

Sheila pointed out that we all can live in JAILs: …

JAILs of our own creation and built from our beliefs and those imposed on us by others and which we have accepted as valid. ‘JAIL’ was not just a single word but an acronym for ‘Judgments, Agendas, Inventions, and Limitations and Lies’.  This has been rumbling through me over the last few weeks. And I’ve come to know that I’ve lived so much of my life held captive in JAIL.

I’ve lived much of my life judging what I’ve done and how I look and always finding myself wanting or deficient in some way.  I’d look at everyone else around me and I believed that they were better that me.  I wasn’t smart enough, or pretty enough, or quick enough.  I wasn’t ‘enough’.  I wasn’t sociable.  I wasn’t easy to get to know.  I was too shy, too angry, too impatient, too sarcastic, too afraid – just ‘too’ much of everything.  I believed that things always came easily to others and that, for me, life was intended to be a struggle.  And I know that I’ve felt trapped.  In my mind I think I saw myself as a frightened child held captive by her fear of being judged.

Like most of us, I’ve heard or overheard so many comments and conversations about me and who I am and what I’m capable of. Comments made by my parents and my sisters, by my friends and my teachers.  Comments made about my size accompanied by questions about why did I not have any self-control.  Comments that I needed to lose weight if I wanted to attract any self-respecting male into my life.  Comments about my intelligence and how being smarter than the boys of my acquaintance would render me unattractive to them.  Comments that I was much better dealing with paper than with people and so should choose any career which would minimize my interactions with people.  Judgements about me which I came to hold as the truth about mySelf.

As a teacher, I always wrote things down in my day book. Each day, and even as Head of Special Education and no longer in a classroom, I laid out each lesson plan, wrote a list of work to be completed by the end of the day, and wrote notes on each interaction, each phone call I made or received, each meeting I attended.  I made sure that I had everything written down so that, should my department head or my principal ask for these notes, I would be able to produce written ‘proof’ that I was prepared, that I had accomplished what I had set out to do in that day, that I had based my decisions and choices upon something other than my own internal responses.  Choices which I made based upon my long experience as an educator were, as one of my principals said, “Not good enough, not good enough.”  And I came to believe that.  I believed that if I couldn’t provide proof of my ‘professionalism’ to others, then what I had chosen to do was suspect.  By extension, I came to believe that meant that I, myself, was suspect: that I was not a professional if I couldn’t back everything up with paper.

Even now, so many years after retiring from teaching, I still write down everything in a calendar which is on the desk beside my computer. Lists of appointments, most phone calls I’ve made, and the like.  And each day, I check out my calendar to see what I’ve planned for the day.  Yes, it’s a strategy for organizing things.  Yet I know that I used to keep my plans in my head and that I trusted my ability to keep myself organized and to alter plans as I went.  I know that I’ve told myself a story that I’m no longer able to trust myself to be able to do that.  I joke that using a calendar is something which I need to have in order to avoid ‘senior’s moments’.  Like when I became an official senior citizen, my ability to choose how I moved through my day just disappeared.  I could no longer know my own agenda.

I know that I’ve come to accept the agendas and schedules of others as those which I must honour before my own.  I’ve accepted dates and times for meetings and rearranged my own plans to conform to the timelines of others.  I’ve not felt that I’ve had the right to arrange things as I’ve needed them to be.  I’ve accepted that I have had to wait my turn to say my piece, make my point, step into anything.  I’ve believed that I had to wait until I was asked, wait until I was given permission.  I’ve believed that I did not have the right to give mySelf permission.  So, I’ve lived my life feeling, for most of it, that my life has been on hold.  And I know that that’s annoyed me beyond measure.  It’s felt like I’ve been on hold on the phone with some anonymous entity and listening to really cheesy elevator-style music and waiting for them to choose to acknowledge my presence.  After a while, I’ve become angry and felt like I wanted to hang up – which I haven’t done because, hope against hope, the external being might not keep me hanging on for much longer.  I mean, what if I missed my chance by exercising my own agenda over someone else’s?

Inventions have always meant creating something to answer a need to me – the light bulb, cars, airplanes, the washing machine, the computer, the microwave.

I know, now, that inventions are beliefs and values which I’ve made up about myself or which have been made up about me and which I have believed because whoever made them up was the ‘expert’ about me, my life, and living.  Inventions like: I’m the smartest kid in the family;  I’m a loose cannon;  I’m much too intelligent for my own good;  Maybe I should have been born male;  Men are the privileged sex in our society;  Life is a struggle and then we die;  Adults don’t play.

I can create new and no longer be encumbered by old.

Judgements, agendas, inventions – they all form the basis of limitations and lies. Limitations are obstacles, barriers, road blocks, things that catch me up short and stop my forward momentum.  They are things which impede my own evolution into the fullness of my truth – the truth of who I was born to be.  And I can live my life trying to break down the barriers and walls, find detours around road blocks, look for alternate pathways to where I want to go, vault over barricades and break through obstacles.  And I know that I’ve lived so much of my life doing just that.  I’ve expended so much time and energy believing that that was the only way to do things. I spent my time trying to find a way past the limitations. In my mind, the limitations which I believed to be impediments were real.  I never considered that they had no substance and no reality and that all I needed to do was just continue to move forward.  And, as I write this, I can hear Louise LeBrun [https://louiselebrun.ca] say, “Your mind is not your friend.”

As I’ve written this, I know that it all comes down to conscious awareness.

It’s not that my old JAILs weren’t there.  It’s that I can choose to stop, breathe and really know what’s my truth.  And in doing that,

In choosing what I want in my life which supports and nurtures the person I was born to be, I’ve adopted a different way to view creating the life I want – not from restriction or limitation but from potential and possibility and positive energy.  I have broken free.

We can all choose to do this for ourSelves.