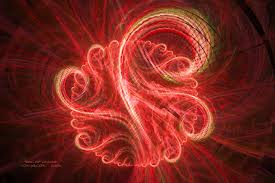 I took the Canadian across Canada to Vancouver — one of the items on my bucket list.  It was a wonderful experience.  Not only did I get to see Canada but I also got to meet so many interesting people.  There was the amazing young woman, a marine engineer who designed ice breakers, who was on holiday with her mother. There was a professor from Queens.  And there was a very interesting couple from the United States.

I remember conversations with them over lunch and dinner.  Inevitably, the conversations turned to who was going to win the US Presidential election.  We did not ever believe that Donald Trump had a hope in hell.  Yes, people might not have liked Hilary Clinton but at least she was a lawyer who had experience of the US government system.  She had been a senator from New York and had served a term as US Secretary of State.  Not to mention the fact that her husband had been president for 8 years.

And then the Donald got elected.  He didn’t win the popular vote but he did win the Electoral College.  And so, based on the system which is in place in the US, he got the gig.

I remember being amazed by the result.  I also remember crying for a few minutes because I could not believe that he had been elected.  I began to wonder if the US electorate had lost its collective mind.

Drumpf [this was his family’s name before one of his progenitors changed it] registered to run again in 2020 just after he was inaugurated in 2017.  And then he began to hold rallies across the US.  And he’d talk to his base about light bulbs and water pressure and toilets and getting cancer from wind mills and being afraid of anyone who was ‘other’.  He’d hug the flag.  And he’d flub words and fumble concepts.  He would contradict things he had said and insist that he had never said that which he had been called out on.  Or he’d insist that he meant his words as a ‘joke’.  All this while touting his intelligence and cognitive competence.  All this while insisting that he deserved the Nobel Peace Prize [part of this insistence has been, I believe, because Obama won it].

Frankly, I expected that he would instigate the War of 1812 again

and would attempt to invade Canada on the pretext that we poor Canadians were being poorly governed and that we needed the ‘help’ of big brother from the south to save us.  After all, Regan had done the same thing to Panama.  So, Canada would most likely need the US to ‘fix’ us.  I also expected that someone would have attempted to assassinate Donald by now.

Then I and the rest of the world got to sit back and watch the debacle of the Donald’s presidency.

With the complicity of the Republican-led legislative branch, no major laws were enacted.  Drumpf seems to have governed by executive order and tweets.  Federal judgeships were filled by conservative and yet often not very qualified people.  Drumpf cronies were appointed to positions in the government only to be fired or occasionally leave or be indicted and found guilty of breaking US law.  Drumpf, over three years into his mandate, still blames the Obama administration for everything that goes wrong.  Either they left Drumpf’s incoming administration woefully unprepared or they were not strong enough or they were ineffective and inept. That seems to be Drumpf’s modus operandi – it’s always someone else’s fault.

And still it goes on.

It’s been disheartening to watch a country self-destruct.  To watch the rule of law and logic and care for the entire country being subsumed by a personality cult.  To watch elected representatives be such weak kneed hypocrites who prop up a man who, although he seems to believe that he has been the best president the US has ever had, is totally incompetent and who has no understanding of what his responsibility to all of his countrymen and women means.  To watch the government in the US devolve into putting one’s political party ahead of the common good.

When Justin Trudeau first got elected as Prime Minister, I knew that the vote was not really for him and the Liberal Party but against Stephen Harper and the Conservatives.  It was an ‘ABH’ vote – anybody but Harper. After about 10 years of Harper and the Conservatives, Canadians wanted change and so they voted for change.  Has it been totally wonderful and without some major missteps and errors?  Not on your Nelly.  Yet, it has not been fraught with the glaring Keystone Cops show that has been the US government over these last three years.

Hate is a very big word.

Right now, I find it impossible to think about Drumpf and McConnell and Graham and Barr and Jarrod and Don Jr and Eric and Ivanka and all those sycophants who pander to Drumpf’s narcissism without feeling hatred.  I don’t like the intense despair and anger which I feel when I think about what is happening in the US.  And I know that it’s there.

I can only pray that, in spite of the efforts of many state governments to disenfranchise so many people, that people who want to vote will be able to vote.  I can only pray that, despite Drumpf’s efforts to subvert the election process by insisting that mail in voting will be rife with fraud [ no matter what his own commission has told him or the fact that any voter fraud which has been perpetrated has been by members of his own political party] and by appointing one of his cronies who is totally unqualified for the position to the post of Postmaster General for the United States so that said crony can weaken the US Postal Service at a time when more and more voters will be mailing their ballots in, that the 2020 election will be completed safely.  That it will not result in chaos.

I live in hope that voters in the US will vote for change and hope.

I believe that Jack Layton, our well loved and respected  former leader of the New Democratic Party, said it best:

I hope that it will be so.